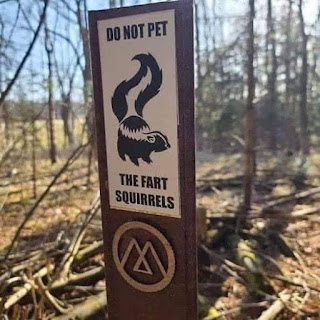 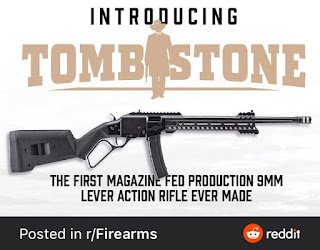 On the one hand, I'm all in favor of innovation in the firearms industry. On the other hand, I didn't think it was possible for make a gun fuglier than say a Hi Point. It appears that someone said "Hold my beer..." and penned this bastard love child of a German MP40 and a Remington Falling Block. 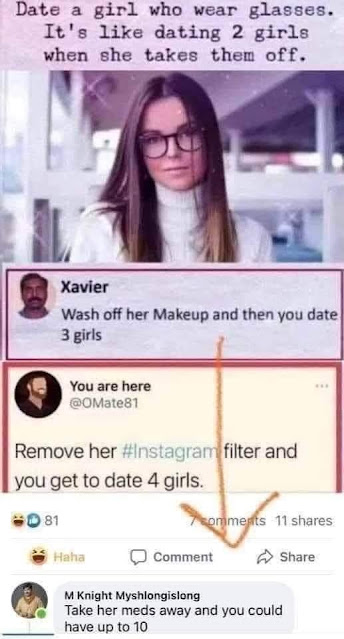 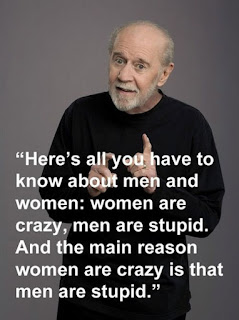 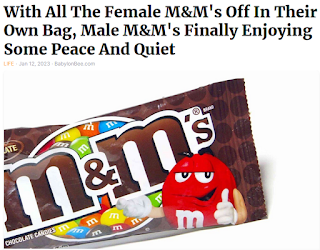 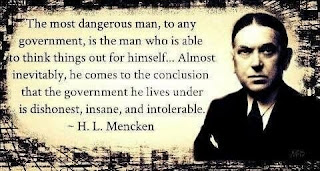 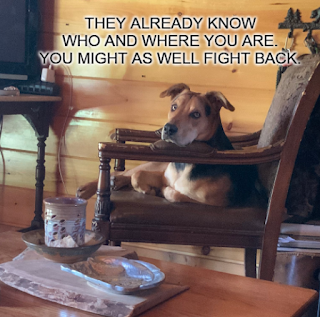 Hello my Alphabet  Agency followers. Don't shoot the dogs. They didn't do nothing. What out for the rabbits though. Tater wields a mean shiv.

We need less "there ought to be a law" and more "mind your own business." 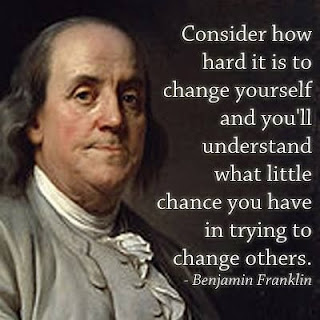 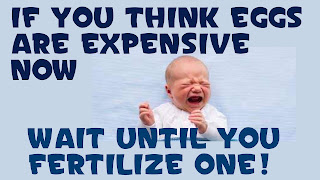 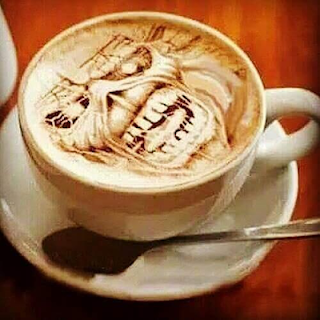 I like my coffee dark enough to recite the entire Iron Maiden catalog from memory. 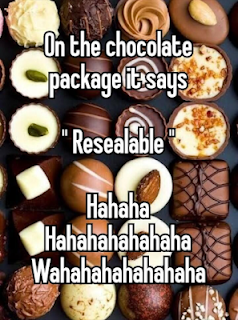 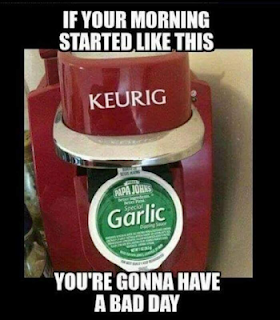 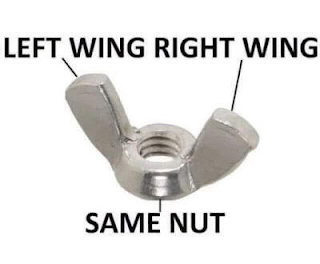 The sooner you realize anyone in government, politics or business is only interested in maintaining the status quo BECAUSE they benefit monetarily from the system in place, the sooner you will realize the futility of changing the system.
Posted by Daddy Hawk at 8:00 AM No comments:

I give My Sister...The Devil a fairly healthy dose of crap here in my little corner of the world. It's what snarky siblings do, and it's not like she doesn't give me ample reason. For instance, the following photos were taken recently of MS...TD's childhood dollhouse preserved for posterity by our mother, Mimi. 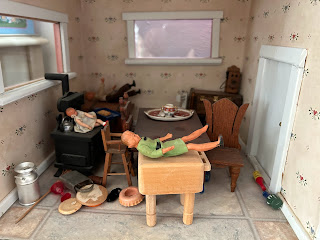 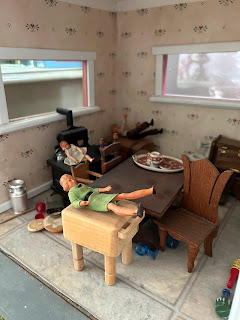 As you can see, something sick and twisted is lurking in MS...TD's head. Her children could not be reached for comment, and forensics suggests that the chopping block might have been bleached. Draw your own conclusions.

Having said that, long time readers will recall that MS...TD is a budding smut serious author. Not too long ago, she succeeded in landing a publishing contract for her latest effort, And They Danced. I had an...ahem...opportunity to read an earlier version of the manuscript before MS...TD squared off against a New York (hack...spit) editor. I can honestly say with no sarcasm or crossed fingers that this one is/was tolerable(bear in mind, the genre is not my cup of tea...).

So, if you are interested and in a position to throw a shekel or two towards some reading material for the outhouse, please consider My Sister...The Devil's latest offering as an alternative to the latest Tik Tok video. It should be released for sale on March 6TH if my understanding is correct.

P.S. I asked to write the author bio, but my request was rudely rejected. I did receive a lovely envelope with ashes in it though.

Email ThisBlogThis!Share to TwitterShare to FacebookShare to Pinterest
Labels: Books, family, My Sister

Depositions and Other Forms of Torture

I had to give my deposition in a lawsuit earlier today, and I've got a massive headache now. Spending 6 hours of my day answering questions about things that happened 4 to 6 years ago is not my idea of fun. On the spectrum of fun, it falls somewhere around root canal, full cavity searches and being beaten with blunt objects. Y'all talk amongst yourselves. Don't burn down anything important.  Replace anything you drink from the liquor cabinet.


Enjoy a little peaceful contemplation with your favorite beverage by the fire.
Posted by Daddy Hawk at 9:32 PM 4 comments: 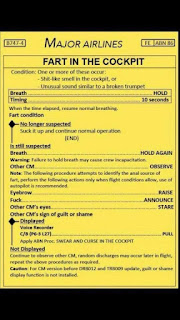 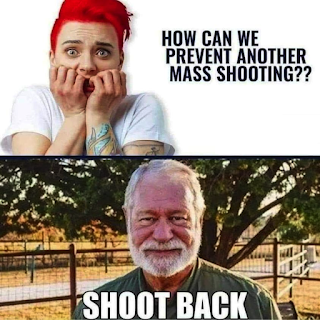 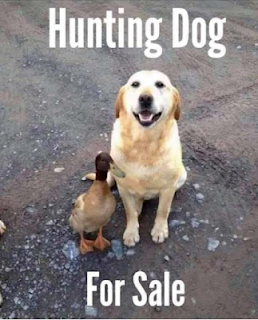 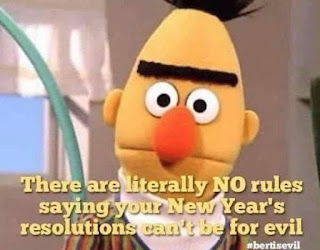 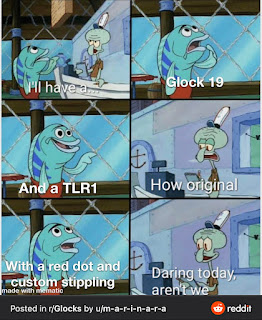 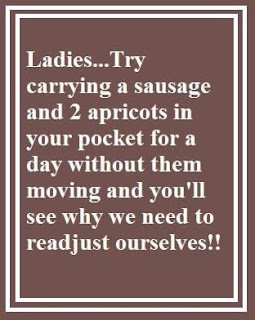 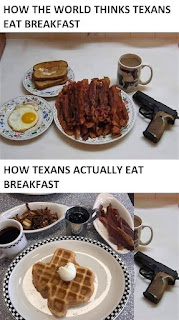 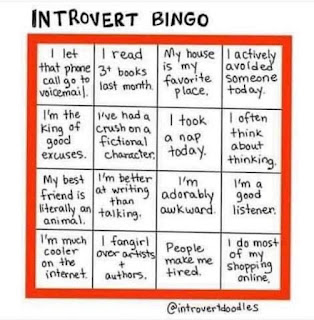 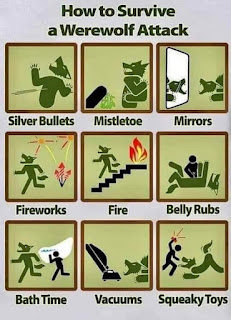 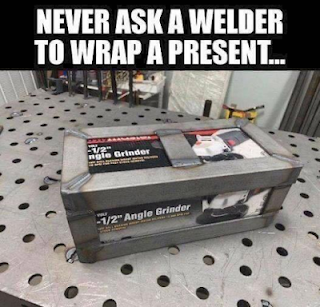 As many long time followers can probably figure out, M&M has progressed from The Cutest Baby In The World to The Cutest Little Girl In The World and is racing head long towards The Cutest Little Young Lady In The World. She turned 11 not too long ago, and she's been horse crazy for several years now. The Queen and I, being doting parents that we are, get her horseback riding lessons to indulge this youthful passion. Last week, she had her first lesson in a while after taking a rather hard fall off a horse and then being sick and us traveling and such. She chose to have a trail ride instead of a formal lesson. I mentioned as how I wanted to go too, and plans were hatched.

The weather was absolutely amazing. Even thought it is mid January in north Texas, the temps were in the mid 70s, the sky was clear and the winds were light. All in all, a beautiful day to ride. The place we take M&M to for her lessons has about 80 acres worth of land to ride and a fairly nice trail to follow.

It has literally been years since I was atop a horse for any length of time. Fortunately, M&M's instructor had pity on me and chose an even tempered horse named Ginger for me and even took care of saddling her up for me. Now, come to find out later in the ride, Ginger is known to be lazy. She also likes to eat. ALL. THE. TIME.

She was not thrilled with the prospects of leaving her hay bale and feed bucket behind to trot my fat sorry *ss around. She did not want to keep up with the group either. So, I repeatedly had to encourage her to keep up which led to a "lope" every few minutes to catch up. Thus, my groin, thighs and lower back all got a workout they were not expecting.

All in all, I am not too displeased with my performance. Ginger only tried to kill me twice. The first time, I was just giving her more squeeze to catch up to the group again when she literally dug in all four hooves, dropped her head and took a massive mouthful of dry grass in her mouth. I almost went Tango Uniform right off the flight deck. I did lose my grip on the reins which Ginger took as a sign to keep her head down and keep eating.

The second time, Ginger decided she needed to relieve herself of some recycled feed. Unlike some horses who are quite content to keep egressing the area while conducting evacuation exercises, Ginger prefers to stop dead, lift her tail and take careful aim. Not a problem says I. I'll wait. Someone forgot to mention that Ginger is "extra spicy" when she is finished. I don't know if she burned her bung whole or if she was so overcome with joy at offloading something foul, but she shook her head and took off with nary a warning almost leaving me hanging in mid air a la Wile E. Coyote.

Before long, we had circled back around to where the barn was in sight. Ginger liked that part of the ride and was only too happy to take the lead at that point. She didn't want to stop for gates or wait for the group to catch up. We had a little discussion about that.

Everyone survived.  No blood was shed. My groin and thighs were not happy for days afterwards. M&M had a great time, and we have another Daddy Daughter outing in the planning stages.

The Couch Can Be Very Comfortable... 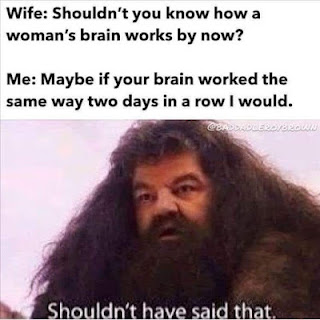 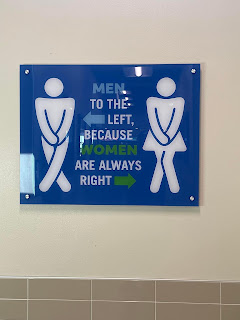