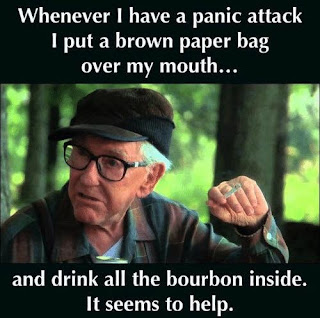 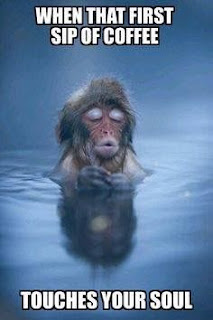 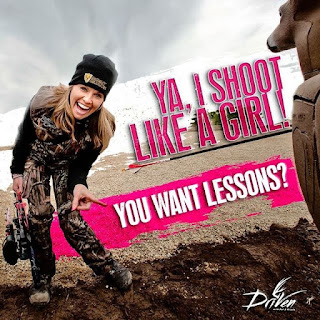 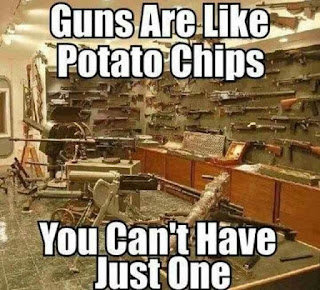 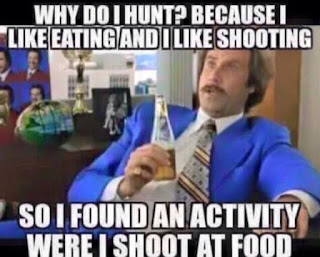 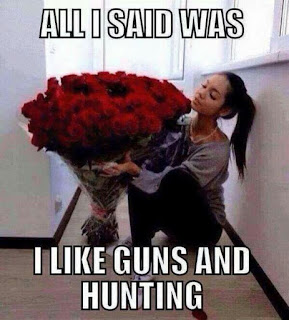 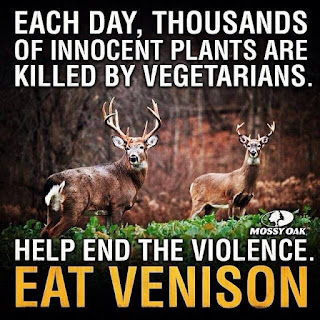 
The pastor entered his donkey in a race and it won. The pastor was so pleased with the donkey that he entered it in another race, and it won again.


The Bishop was so upset with this kind of publicity that he ordered the pastor not to enter the donkey in another race.


This was too much for the bishop, so he ordered the pastor to get rid of the donkey.


The pastor decided to give it to a nun in a nearby convent. The local paper, hearing of the news, posted the following headline the next day: NUN HAS BEST ASS IN TOWN.


The bishop fainted. He informed the nun that she would have to get rid of the donkey, so she sold it to a farmer for $10. The next day the paper read: NUN SELLS ASS FOR $10.


This was too much for the bishop, so he ordered the nun to buy back the donkey and lead it to the plains where it could run wild. The next day the ad lines read: NUN ANNOUNCES HER ASS IS WILD AND FREE.


The bishop was buried the next day. The moral of the story is being concerned about public opinion can bring you much grief and misery, even shorten your life. So be yourself and enjoy life.
Stop worrying about everyone else’s ass and you’ll be a lot happier and live longer!
Posted by Daddy Hawk at 11:33 AM 2 comments:

1. “I have a dream that my four little children will one day live in a nation where they will not be judged by the color of their skin, but by the content of their character.” Martin Luther King, Jr.

Sadly, after almost 50 years, the pendulum has swung to the other extreme in which all white people are presumed to be racist simply because they are white.

2. “Those convinced against their will are of the same opinion still.” Dale Carnegie

You never win an argument even if you are "right".

3. "The world is made for average sized people." - Daddy Hawk

Short people and tall people alike are forced to deal with a world that was not designed with them in mind. I have had three concussions that bear witness to this simple truth.

Odds are close to even money that he's not afraid to put another dent in the truck if you drive like a jerk.

5. “No man’s life, liberty, or property are safe while the legislature is in session.” – Mark Twain
Posted by Daddy Hawk at 12:00 PM 2 comments:

Do Yourself a Favor (A Health Insurance Rant)...

DO NOT EVER, EVVVVERRRRR, request an online quote for heath insurance from Agile Health Insurance or their Go Health website.

Within minutes, literally, of inputting my basic information into the website for an online health insurance quote that is supposedly compliant with the "Affordable" Care Act, I began to be inundated with phone calls from friendly, licensed agents. 19 calls in four hours. One poor sod called 3 times in 15 minutes. I say poor sod because the poor lady that was stuck with me after the cheerful telemarketer on the other end of the auto dialer transferred me got a bit of an attitude and an earful from me. I received calls from no less than 4 agents from the same stinking company.

I'm half expecting a pony express rider to show up on my door step in a few minutes with an urgent message about my frickin' health insurance coverage.

The agent who hit the trifecta by calling, emailing AND texting, got a nasty gram in response in which I told him to lose my information. I didn't say "or else", but the threat of dire consequences was implied by my tone. He responded that he doesn't like the way these companies sell information either and that I ought to sue the company that sold my information. I recommended he, as an agent dealing with that company, should give the head of marketing the same treatment I got and see how they like it. I might have suggested a thorough reaming of an orifice or possibly creation of a new one.

I would have suggested a tabasco enema with a chainsaw chaser, but I'm trying to cut back on my daily expressions of sarcasm.

Now, I know these are people trying to earn a living, and the ACA has not made their lives any easier. Not only that, I can half way respect the agents with enough humanity left to actually dial the phones themselves and leave a message. But I will NOT answer a call from a number I do not recognize, nor will I return a call to a number that does not have a real, live human being leaving a message.

If I can find the call center where the robo-dialer that auto dialed me 3 times in 15 minutes is located, I'm taking a sledge hammer to the server, pouring gasoline on the remains, watching it burn, salting the earth around it, and erecting a massive robot with a flaming sword and strict programming to destroy anything that comes within the property boundaries to prevent anyone from rebuilding on that site.

I ought to go back on the site and input my congressman's information just for giggles. That ought to take care of the problem.
Posted by Daddy Hawk at 10:40 PM 4 comments: 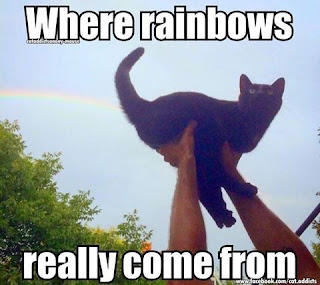 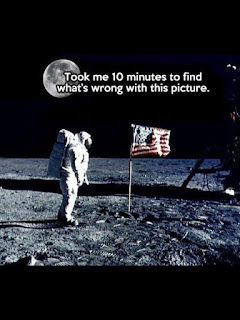 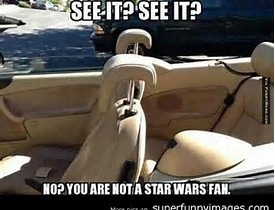 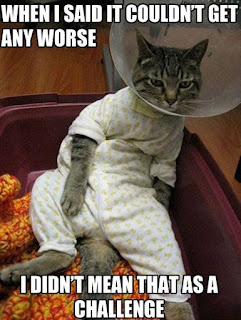 Posted by Daddy Hawk at 9:23 AM No comments:

Just a few short months ago, Republicans were swept back into full control of the government on a huge groundswell of populist support. Full repeal of Obamacare was one of the cornerstone planks of the platform that led to that support.

Now, you want to foist off your own "lite" version of an abysmal, abomination of a law that was passed through deception and outright lies. Then you have the audacity to tell the press: "Obamacare is collapsing. If we just did nothing, washed our hands of the situation, we would see a further collapse of the health insurance markets. So we feel an obligation to step in front of that collapse and replace this law with one that works, that has more freedom."

I strongly urge you to rethink that plan. Stepping in front of that collapse will get you crushed like a bug by a pissed off electorate. I'm not saying do nothing. Quite the opposite. By all means necessary, REPEAL BUT DO NOT REPLACE. Please allow me too explain further.

Prior to Obamacare's inception, I had decent healthcare coverage paid for by payroll deduction through my employer. Not the Cadillac coverage congressmen and administration officials enjoy, but functional and usable. Deductibles were either $500 or $1000. Premiums for me and my family were manageable and within our budget. Since Obamacare, the lowest deductible my (now former) employer offers is $5000 at essentially triple the premium.

Let me be clear, this makes my healthcare plan functionally unusable to me and my family. I have no choice but to take it unless I want to be penalized for not having health insurance.

No where in the constitution is healthcare listed as an inalienable right. It is not the government's business to mandate healthcare or be involved in it in any way. Government involvement in healthcare (or any industry for that matter) is antithetical to the principles of freedom upon which this country was founded.

If you want to do something productive, figure out a way for health insurance carriers to sell coverage across state lines so that something approaching free competition is possible.

So,  again, I urge you and your fellow Republicans to REPEAL Obamacare and let the free market sort itself out. 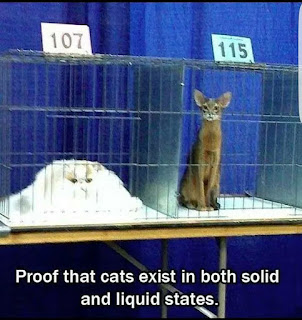 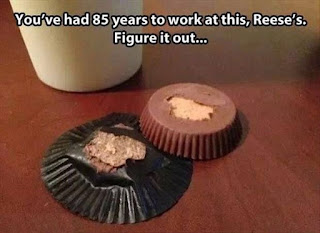 I Believe I Can Fly

Picture if you will, a somewhat lanky, 12ish week old, female kitten sitting on the back of the couch intently staring at the ceiling with THAT look in her eye like she wanted to attack something. Head darting back and forth, eyes dilated...something needed to die. I'm not totally sure what, mind you, but something needed a dirt nap.

Suddenly, our intrepid aviator, whom we shall call Ginger Snap, launched with all the poofy tailed splendor she could muster towards the ceiling fan. The ceiling fan was minding its own business not even turning at the moment of its impending demise, but Ginger Snap had clearly had enough of its stillness mocking her own lack of activity.

Well, all good things must come to an end. In Ginger Snap's case, she reached the apogee of her trajectory about 3 feet up and out from the back of the couch, poofy tail trailing in the slip stream of her sleek feline form.

The look on her face, in that blindingly fast instant of weightlessness, was one of sublime puzzlement that the elevator ride up was over and, yes, indeed, gravity sucks.

The realization that her flight was over was rudely cut short by the impact of furry feline with seat cushion resulting in a brief interlude of, for lack of a better word, flipping as she was bounced from couch to floor in a singularly unfeline rotation to a no point landing.

She does not appear to have suffered any ill affects from her adventure though she has studiously ignored the ceiling fan since. This entire evolution took less than 5 seconds from twitch to staggering slink away in shame. I really wish I had been quicker to bring video into play. That moment had to be worth honorable mention in the annals of funny cat videos.
Posted by Daddy Hawk at 2:30 PM 6 comments: 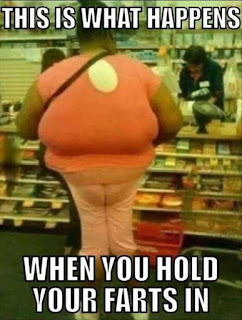 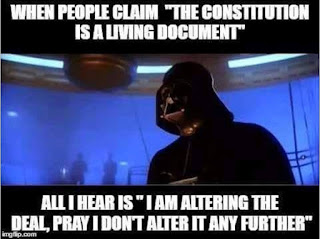 Posted by Daddy Hawk at 9:04 AM No comments: