I realize that I have neglected my little corner of the intertubes for much longer than I would like. I would like to plead something exciting...like winning the lottery or traveling to Mars.

Yeah. No such luck there.

Equal parts too busy, too tired and too couldn't get my give a care jump started with a flux capacitor attached to a lightning rod.

Sorry about that. We all go honey badger on the world every once in a while.

It's not like you've missed out on anything important.

In no particular order, here is the quick and dirty rundown on life since last we spoke.

I've made it through the first three months of the new job. It seems like it has been much longer than that. By all accounts, they like me and think I know what I am doing. That's positive since the CEO just hired a new executive for the claims operations which has everyone on pins and needles waiting for the ax(es) to fall. I am reasonable sure that my position is safe, and the general consensus among those up the food chain is that most everyone director level and below will not be directly affected. The AVP and VP level, however, is enjoying a wonderful case of heart burn right now.

My bet is that our current VP has about 3 to 6 months left with the company. There are a few others who will experience the job description discussion from "Office Space", and I foresee at least one "Don't you understand? I'm a people person." meltdown.

Whatever. As long as the paycheck clears and the fertilizer to work ratio stays reasonably bearable, I'm good for now.

No news on M&M's sister. Last we heard, it was the same song, third verse. Knowing and loathing the system as we do, we're doing our best to tune out the anxiety and live life instead of waiting by the phone for a call that may never come.

M&M continues to grow like a weed. She turns four very soon, and she is above average in height and development. She speaks clearer with a greater vocabulary than several kids months older than her that we know. The Queen has been teaching her the ABCs, writing, etc. She's even starting to read a little bit. She's super strong and healthy. She had her first round of swimming lessons over the summer and took to it like a duck. We also enrolled her in gymnastics (or "gymnasties" as she calls it) which she REALLY enjoys. She loves horses and gets her first riding lesson on Friday.

So, basically, she's growing up, and The Queen and I are both proud and sad at the same time.

Now that things have calmed down somewhat on the job and home fronts, I'm trying to noodle up a side gig to earn a little extra money. I'd love to make custom knives or guns, but those take money, equipment and skills that I lack at the moment. Custom leather work or wood working may be an option. The Queen wants me to start a small business risk management consulting firm of some sort. I think there is an opportunity there, but it doesn't speak to me the way the other ideas do.

The 2016 presidential race is shaking out about like I expected. Hillary, despite everyone admitting that she violated Federal law which should land her in jail, looks to be teflon coated and the only game in town for the Democrats. The Republicans are doing their best to run a campaign based on "The Biggest Loser". Rick Perry dropped out early which, frankly, doesn't come as a surprise. He was a decent governor. Not great, but not dismal either. Scott Walker dropped out too which disappoints me a little. I get the Trump thing, but I really hope he decides he has better things to do and throws his support behind a more "legitimate" candidate. Ben Carson is polling well right now, but I'm not sure if he has the backing to be there at the end. I'd really like to see Ted Cruz doing better in the polls, but don't count him out yet.

Then there's Jeb. The media seems to have already decided he's "the guy". He's the safe candidate for the Republican establishment which means he's too moderate for my tastes. Putting him up against Hillary is going to see the Repub's chances of winning the election go down faster than torpedoes at Pearl Harbor.

Needless to say, my outlook for the future is not rosy right now.

So, in order to leave you on a positive note, here are some recent pictures of the Cutest Little Girl in the World. 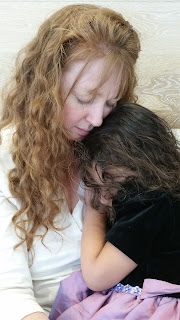 This is the wallpaper on my office computer desk top right now. I had been waiting a long time to get a photo like this one, and it finally happened a few months ago. 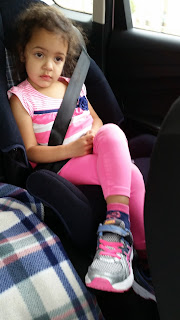 She's so cute when she is being a "proper lady". 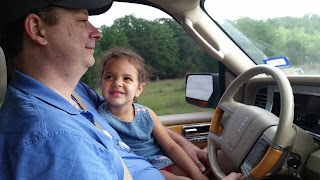 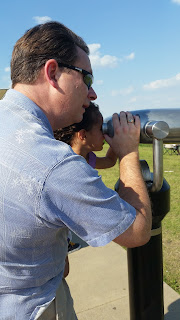 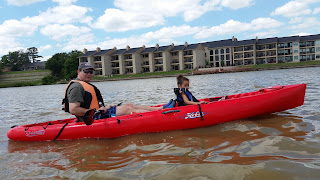 A few M&M and Daddy Hawk pics. I love my time with her. 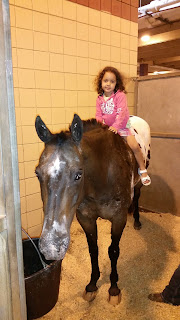 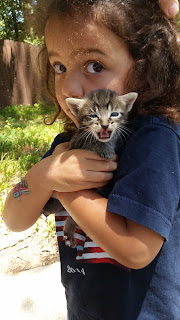 I think the respective looks says it all. The kitten wants down NOW, and M&M is giving me the innocent "can I keep him" look.