Miscellaneous, Randomness and Other Stuff

In no particular order, I thought I would open the tap a little bit and relieve some pressure in the blog material accumulator before things get too jumbled up.

In the Frankensteinian "Fire Bad!" category, Number One Follower had an unfortunate incident in his home shop a while back. To add insult to misfortune, it was were the bulk of his firearms and associated accessories were stored. Neither NOF nor his wife were home at the time. Fortunately, a neighbor called NOF and the fire department before things got too out of control. That also triggered calls from NOF to the FD that there was ammunition and such in the shop. I also got a call to come assist with removing items as necessary. The fire department investigator said the fire was accidental. Based on the area of origin, the most likely culprit is faulty/damaged wiring. The good news is that NOF has pretty good insurance and should come out of the deal in pretty good shape overall.


The Queen and I decided it was high time for some one on one quality time not too long ago. We love our daughter, M&M dearly and will and have taken her pretty much everywhere with us. So, it was not much of a surprise to either of us that it had been more than 7 years since the two of us had taken  solo getaway. Plans were hatched, and we hoped in The Queen's chariot for a long weekend jaunt down to Corpus Christi. I should make a brief side note here. Anytime The Queen is in the car, her eyes are invariably drawn to animals in distress. This trip was no different. I was in the passenger seat, head down, working (being able to work from literally anywhere there is a half way decent cellular data connection has huge advantages for me) when I hear a gasp from the driver's seat.

I asked what the function was, and The Queen informed me that she saw a cat in the center median of the highway. Said highway being 1-35 in Kyle, TX just south of Austin which is six lanes of NAFTA's main thoroughfare in the US. So, I told The Queen to flip a U-turn at the next exit and go back in search of the feline. The Queen was conflicted for a moment between her concern for the cat and her desire not to ruin our trip. I reminded her that, if we did not make efforts to resolve the mystery of said feline's fate, The Queen would spend the rest of the trip worrying about it.

After a failed first attempt to relocate the fur ball, we were able reacquire the ungrateful fur turd cat on The Queen's pet radar with the second north/south U-turn circuit. Not wanting to spook the cat into running into the highway and also being fairly certain that the center median was not wide enough for the chariot, I had The Queen Park in the outside shoulder. After assessing the chances of making it across and back more or less in one piece, I found a narrow window in traffic through which I could reasonably shamble across three lanes of interstate without getting flattened by a semi or causing a soccer mom to panic stop a mini van.

Then, I began the process of trying to convince Kitty McDeathwish that I was a really nice guy who was not with the government but "here to help.(TM)" After a couple of tentative crouching duck walks and sidling shuffles, I was able to get within sniffing distance of the cat. He/she/it? (we were never on first gender basis with each other) gave me a cursory sniff before allowing me to touch its head briefly before retreating back out of arms length. After several more tense moments of getting back into arm's length and watching traffic (you'd be surprised at how many people can't stay between the lines [I'm looking at you white Ford SUV...you're lucky I didn't slash your tires]), I spotted a window in the traffic that offered a reasonable chance of success, grabbed a double handful of fur, and commenced to hoofing it back across the highway. The cat was pissed off thoroughly unamused and expressed its displeasure by trying to eviscerate my arm. Fortunately,  my wind breaker took most of the  abuse. Once we reached the grassy shoulder, I engaged the catapult and released it in the tall grass of the shoulder fully realizing we weren't done with the rescue yet.

After assuring myself that I was not bleeding to death and retrieving a bottle of water and a wet wipe from the car to wash the cat spit off my arm and out of the puncture wounds, I returned to my efforts to complete the rescue of the bag full of razor blades just in time to receive the assistance of one of Kyle PD's finest. We had to herd the cat (literally) to a spot where we could grab it. I got a grip on it just before it tried to imitate a speed bump in the highway again. This time, the cat got up under the sleeve of my jacket and did it's level best to chew my arm off. I handed the ugly, pointy thing off to the officer who, wisely, was wearing mechanics gloves and a bullet proof vest. He escorted the cat across the service road into the woods on the other side where it was released into the relative safety of the country side.


After thanking the officer and stopping the bleeding (again), we made tracks to the nearest Starbucks for a more thorough clean up with hot water in the restroom. I'll be darned if those puncture wounds didn't bleed most of the rest of the day. They were pretty tender for the next several days too. As of this writing a couple of weeks post rescue, I still have one puncture that is still scabbed over and serving as a reminder to wear armor and bring tazers when dealing with stray cats.

M&M continues to grow like a weed. She just finished the second grade, she got a gold medal at her piano theory test, auditioned for the national piano guild and is generally continuing to be her amazing self.

The puppies are also growing like weeds. They are inseparable. Literally. Take one away, and they both whine and cry like they've been beaten. This, of course, creates cute and humorous moments.

Oma's Alzheimer's continues its inevitable march down the drain. While generally happy when she is riding in the car or watching TV with Opa, she has developed a stubborn and belligerent streak when asked/told to do something she does not want to do...which is pretty much anything other than ride in a car or watch TV. She has also rediscovered cursing; and, while not ideal, we are thankful she latched on to "Sh*t!" instead of the universal adjective.

Lastly, we were sad to learn this past week of the passing of a long term church acquaintance of ours. I have known/been acquainted with this family for over 20 years now, and my wife has known them even longer. The family is no one special in terms of wealth or fame. They are just good people. When The Queen was going through her mystery illness and I was stuck commuting between Dallas and Houston because of work, I would call the husband semi-regularly just to have someone to talk to on the long drive. They had six kids who are all grown now.  We found out a while back that the wife had been diagnosed with cancer; and, more recently, we found out that she was bedridden and on hospice care. We took a "day off" from work to drive out to their place to visit (they live a couple hours east of us), catch up and generally give encouragement in whatever way we could.

During our visit, the wife said something that really struck me as profound. She was talking about how her bedridden state has left her totally at the mercy of others for her care most of which falls to her husband. The thing that struck me was when she said this was not what she had in mind when they said their marriage vows. She said this was not what she wanted for her husband to have to care for her and clean her and watch her in that state.

That got me to thinking. Most people say their marriage vows without ever really thinking about what they are promising or giving even a moment's thought about what the future may hold. I know I didn't really comprehend it at the time either. Everyone focuses on the "to have and to hold" and forgets about the "in sickness and in health" or "for richer or for poorer" parts of the vows. She told us that she had to learn the hard way what those vows really meant. The Queen and I understood what she meant.

She passed away peacefully surrounded by her family. I know her husband would trade anything to have her back with him and healthy, but they fulfilled their marriage vows in every sense of the word. That's increasingly rare these days. I count myself blessed to have my Queen by my side as we continue fulfilling our vows.
Posted by Daddy Hawk at 8:00 AM No comments: 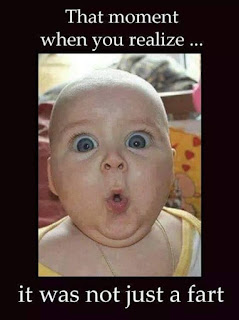 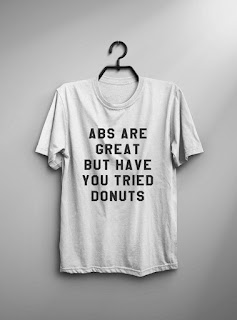 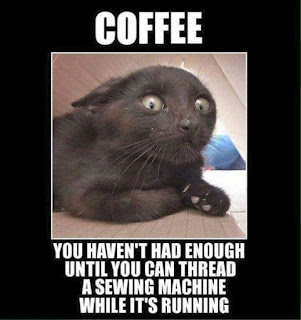 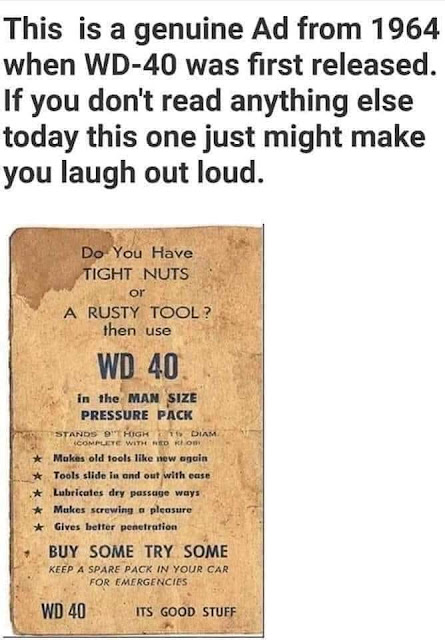 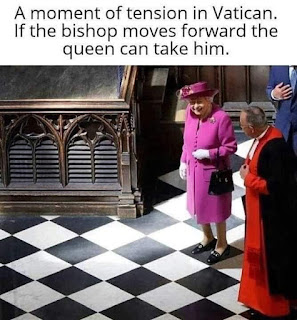 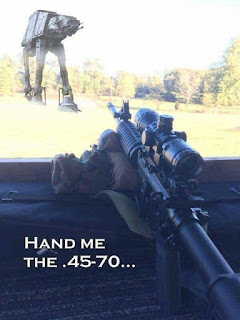 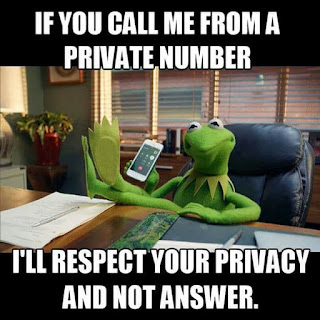 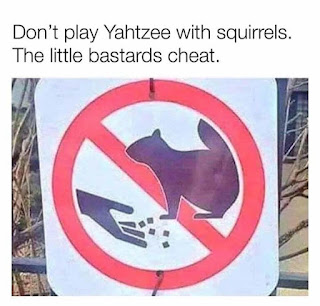 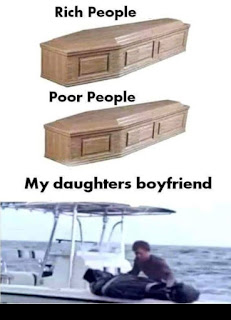 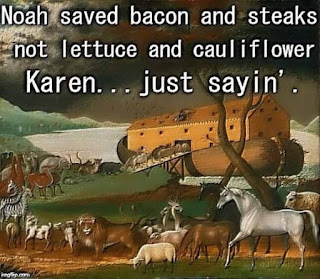 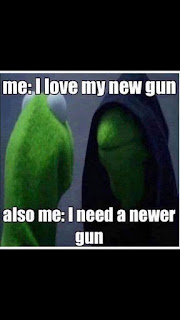 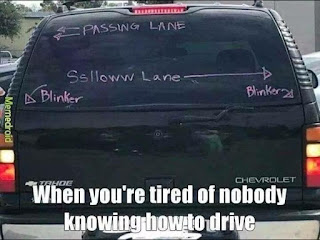 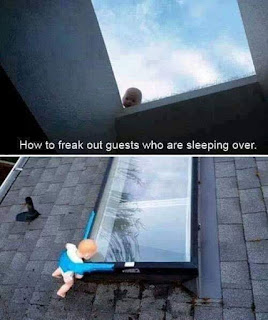 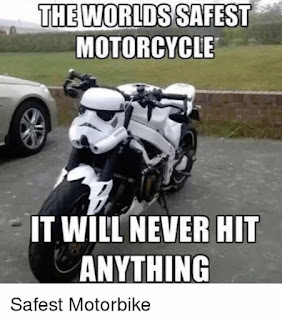 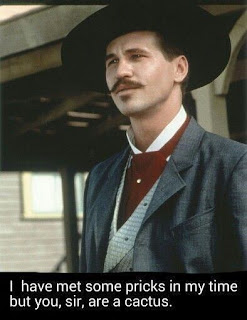 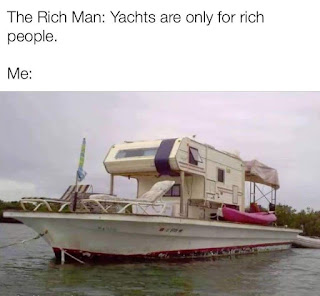 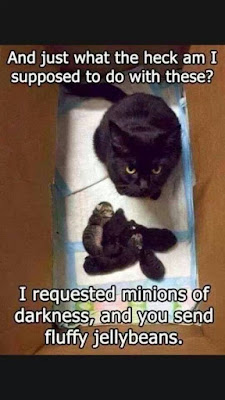 Posted by Daddy Hawk at 1:21 AM No comments: