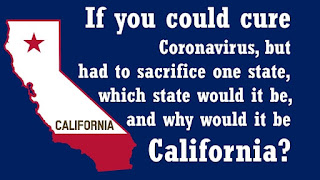 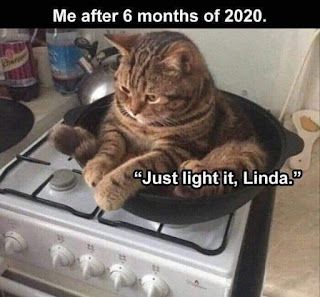 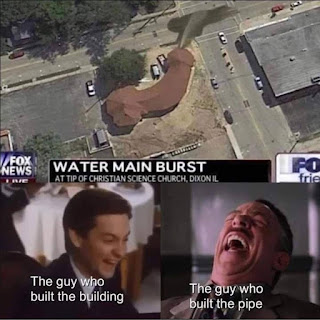 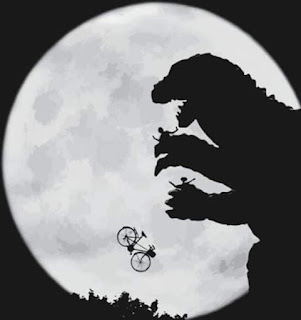 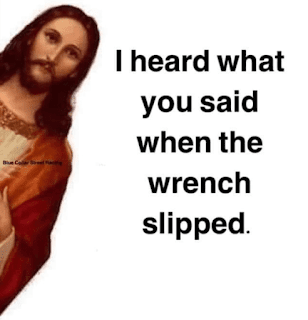 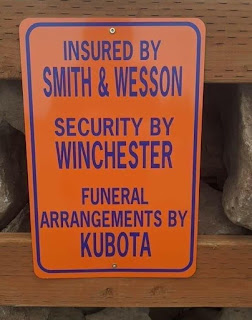 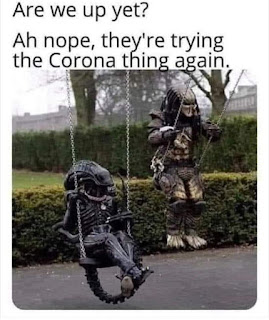 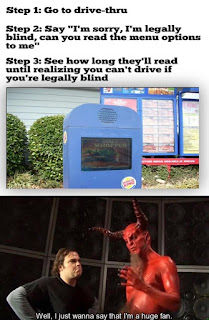 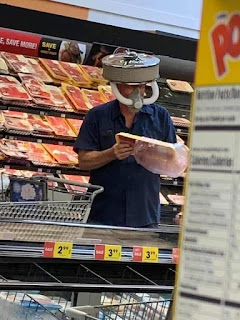 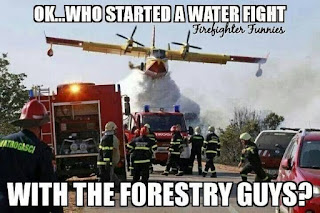 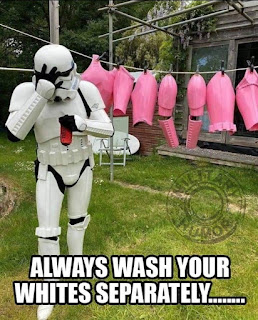 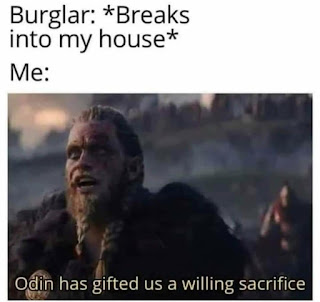 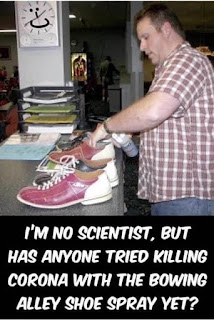 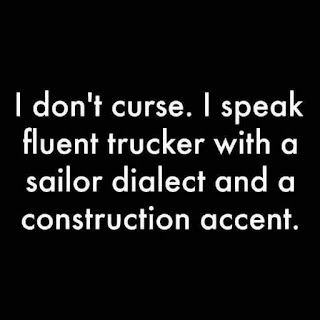 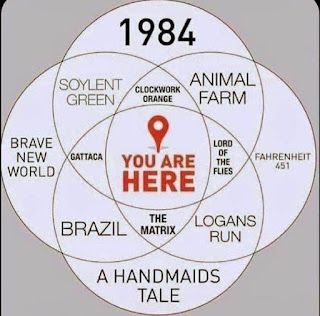 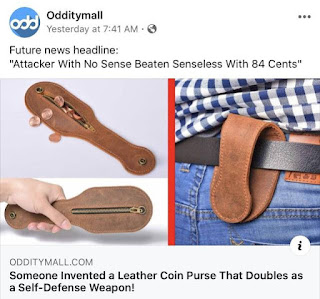 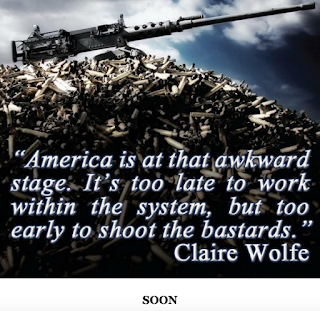 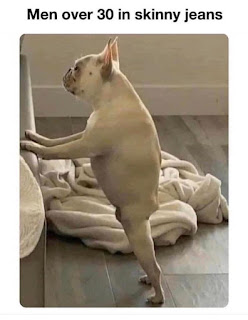 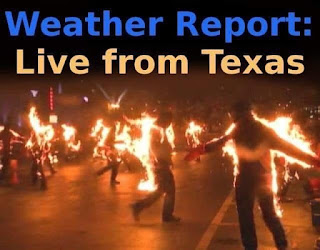 
I'm pretty sure Mayhem took one look at 2020 and decided to go on vacation figuring all the stuff he had planned paled in comparison. 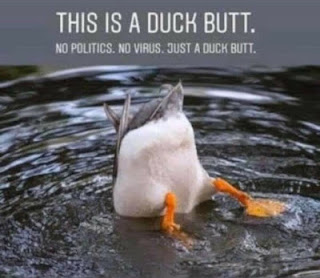 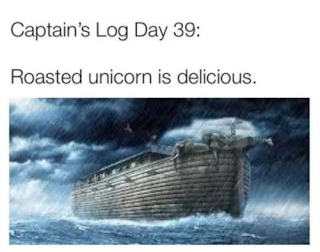 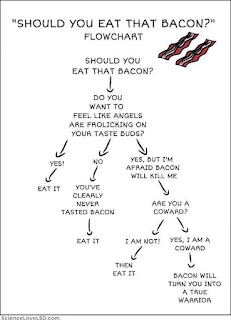 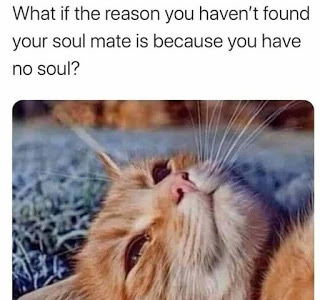 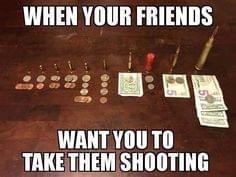 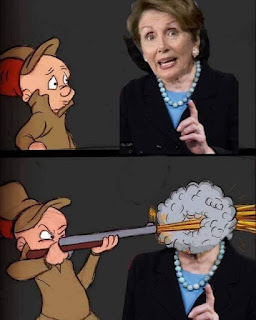 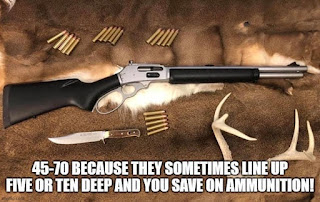 Email ThisBlogThis!Share to TwitterShare to FacebookShare to Pinterest
Labels: Jokes

Burritos and Jews: A Memorial

It has been four months today since Oma passed away. I intended to write this and post it much sooner, but it got back burnered for a variety of reasons. My apologies.
While I recognize that the title of this post may sound a tad insensitive and even offensive to the uninitiated, I assure you it is not. At least not intentionally so. The explanation will sort itself out as we go. I hope. I would encourage the easily offended to reserve judgment until the end. Or, better yet, take your judgment elsewhere.

She was born in San Pedro, CA and was the younger of two children. She graduated from high school but did not pursue higher education. She lived for a few months in Hawaii. Sometime after her return from Hawaii, she met the young man who would eventually become Opa. According to family lore, Opa proposed to Oma three weeks after they met; Oma, having nothing better to do, accepted. 56 years ago, they eloped and went to Las Vegas to get married (a fact Oma desperately tried to hide from The Queen for years until a friend of the family innocently spilled the beans).

Oma was a homemaker and a stay at home mom who gave birth to three children at home from what I have been told. The oldest, a boy, died from the flu when he was only an infant. The Queen is the youngest. Between The Queen and her brother, there are four grandchildren (including The World's Cutest Little Girl M&M) and now two great grandchildren. The most recent great grandchild was just born a week before Oma's passing. Unfortunately, the littlest wasn't able to make it by the house to meet Oma as his momma hadn't fully recovered from giving birth yet. The older great grandchild was able to meet Oma briefly in January. He won't remember it, but we do have photos of the event.

I've shared a few snippets of life with Oma since the Alzheimer's. So, I won't spend too much time on that now.  It is kind of funny how some of the things which were seriously annoying in the moment (like the whistling, the drumming, the Sundowners, and the "S" word) are now almost fond memories compared to watching her waste away over the last month. Oma would have been mortified had she been in her right mind.

For starters, she was an indifferent cook if we are being generous. Oma herself said she was allergic to the kitchen although she was only too happen to clean up the kitchen for anyone willing to use their culinary efforts for her benefit. Oma would cook for sustenance, but there was no art to it. Spices were a foreign concept. If she roasted a chicken, it would behoove you to add a large helping of your favorite condiment to reconstitute some level of moisture to the bird and add a flavor...ANY flavor...to the meat.

Strangely enough, that's not to say that people don't remember her cooking fondly. Ask anyone who knew her for any length of time what they remember most about Oma's cooking, and, invariably, they would say her "Bean Burritos". What do I mean by a bean burrito you ask? To answer that, I have to tell you this. Oma was a classic introvert to Opa's gregarious extrovert (though you would never have known she was an introvert if you met her at church). According to The Queen, Opa had a habit of inviting a number of people over to the house after church for dinner...and not telling Oma until they were in the car on their way home. Oma would blow a gasket, threaten Opa with bodily harm (occasionally inflicting some) and then set throwing together a meal with whatever was on hand which usually meant speed cooking a massive pot of pinto beans, mashing them up, heating up some tortillas and setting out the burrito fixings buffet style...complete with Mayonnaise. No joke. That family has kept Kraft and Hellmann's in business over the years.
Oma had one, to my eyes, very odd quirk in the kitchen. She would "dissect", as she would call it, her eggs. For reasons I could never get her to explain, she would crack eggs into a bowl and proceed to stick her fingers in the eggs to remove the white, stringy stuff next to the yolk (my quick Google Fu tells me this is the Chalaza which are spiral bands which hold the yolk in place in the egg whites). She would readily admit that she could not tell the difference of whether the Chalaza was in cooked eggs or not, but she would not cook an egg without removing it. Odd that. Go figure.

Oma could also be quite resourceful. In true Scottish fashion, she was also a penny pincher and a bit of a hoarder. Anytime she was out walking in public, her eyes were fixed firmly on the ground in search of loose change, lost fasteners and other items. We would sometimes have a bit of fun with her and toss coins in her path. She would get so excited until she figured out what we were doing. When we cleaned out their house, there were stashes of coins and hardware everywhere. She was not above stopping the car to inspect items left on the curb by others and not a few items were deemed good enough to be salvaged and repaired.
Oma was also somewhat mechanically inclined. Opa is a procrastinator of the highest order; and, as I have mentioned in other posts, he is the only man I know who is cursed with the "Anti-Midas" touch when it comes to mechanical objects. He would (and still does) put off preventative maintenance until well beyond it's due date. Oma would step in and change the oil on the cars or whatever needed doing. Opa tried to get the minister to tell her to stop doing that, and the minister told him to let her do it if she was good at it.

Finally, the last tidbit I intend to share. Oma was convinced that everyone is a Jew. Everyone. No exceptions. Bear in mind that Oma was raised as a Christian; and, to my knowledge, never set foot in a synagogue or had any Jewish ancestry whatsoever. I didn't matter what your ancestry is, what you looked like, skin color, you name it, she didn't care. She was insistent that you were a Jew. You can imagine some of the looks she got with that one. It was downright comical when she said that to one of African American brethren in the Church. I'm pretty sure they got whiplash when the cocked their head to the side trying to make sure they heard her right.
So, there you have it. A brief memorial to The Queen Mum, Oma, and some of her more endearing qualities and quirks. May she rest in peace. The next time you eat a bean burrito, think of her.