Life, it seems, is never content with it's usual hectic pace. No, it has to find new and interesting ways to blow past the cops at warp 9 with the stereo blaring at 11!!!

First up, The Cutest Little Girl In The World (TM) got her first haircut last week. She was completely unphased by the whole event. Mimi was present as were several older ladies getting their hair done as well. One and all commented that M&M was so well behaved. The stylist was surprised that she sat through the entire thing without fuss or moving her head around. 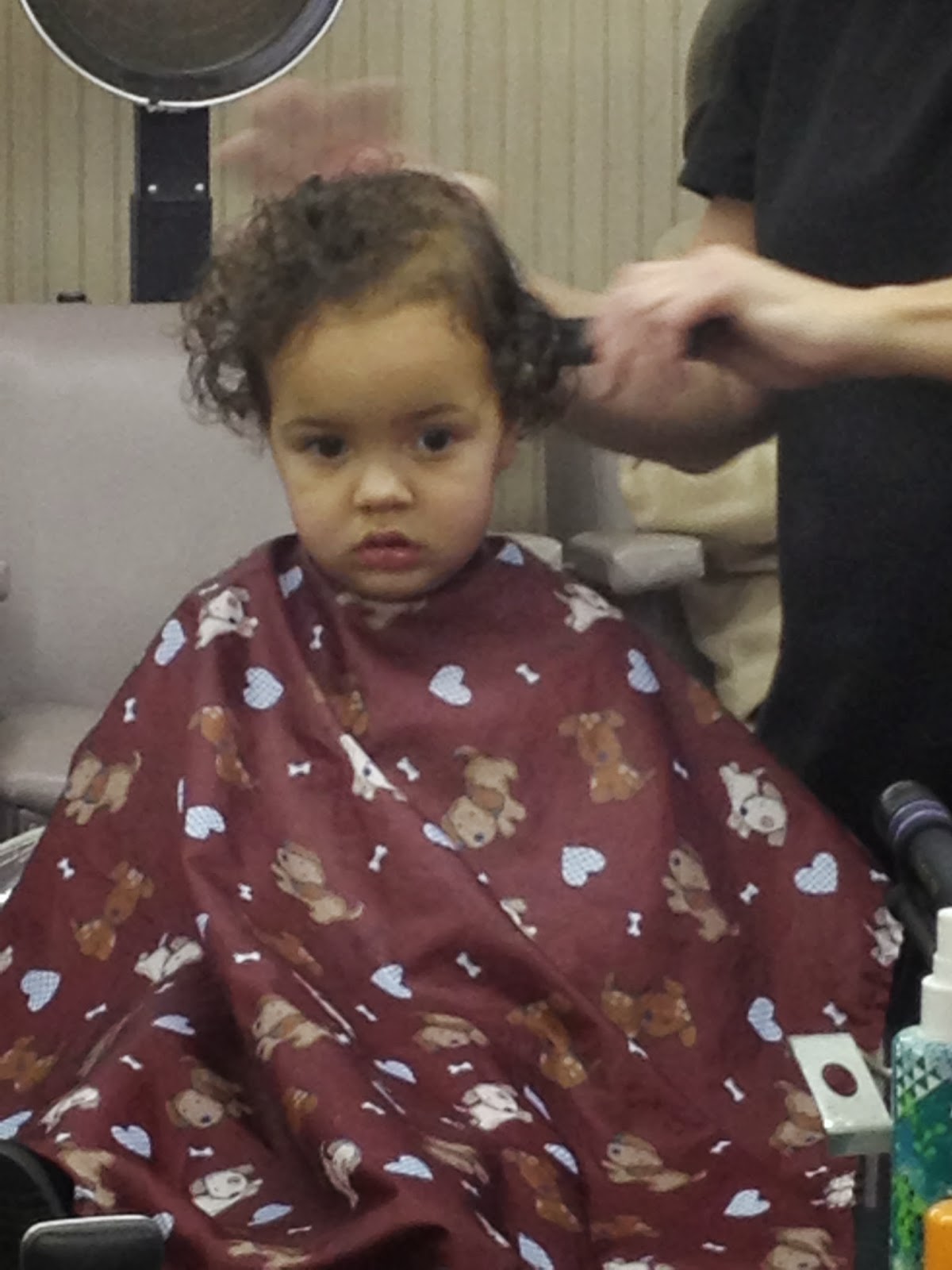 The Queen was proud and justifiably so. It's her efforts in training M&M on a daily basis with lots of love and attention that get us the results that seem to mystify some people.

Case on point: we went for a stroll around the Granbury square on Sunday and stopped in a coffee shop for something warm to drink. It was around about M&M's nap time. We told her it was nap time. She asked to be rocked for a bit by both of us and then said "Bet." (bed). We put her coat down on the booth for warmth, and she promptly laid down and slept for an hour. She slept through the little boy her own age who came in, running around, hooping and hollering and making his parents crazy. She slept through us getting up, putting coats on and picking her up to leave. The mother of the little boy asked us how we do it. We told her, and she looked at us like we were aliens. People think it can't be done with their child, but it can. All it takes is patience, firmness, love and consistency.

I will get a picture of this sooner or later, but I saw a sign for a business that was amusing:

Moving along to movements. M&M is well into her potty training now. She's really pretty good about telling us when she needs to go with or without a diaper. We're not quite ready for all night without a diaper, but we are making progress. The Queen did have a brilliant idea though. She bought a second potty chair for the royal chariot. Now, anytime M&M needs to go, The Queen pulls over, pops the rear lift gate, sets her on her throne, lets nature call and then gets back on the road.

I thought it was brilliant.

In other news, M&M's bladder can hold a surprising amount of liquid. Unsurprisingly, there is very little time between consumption and elimination. 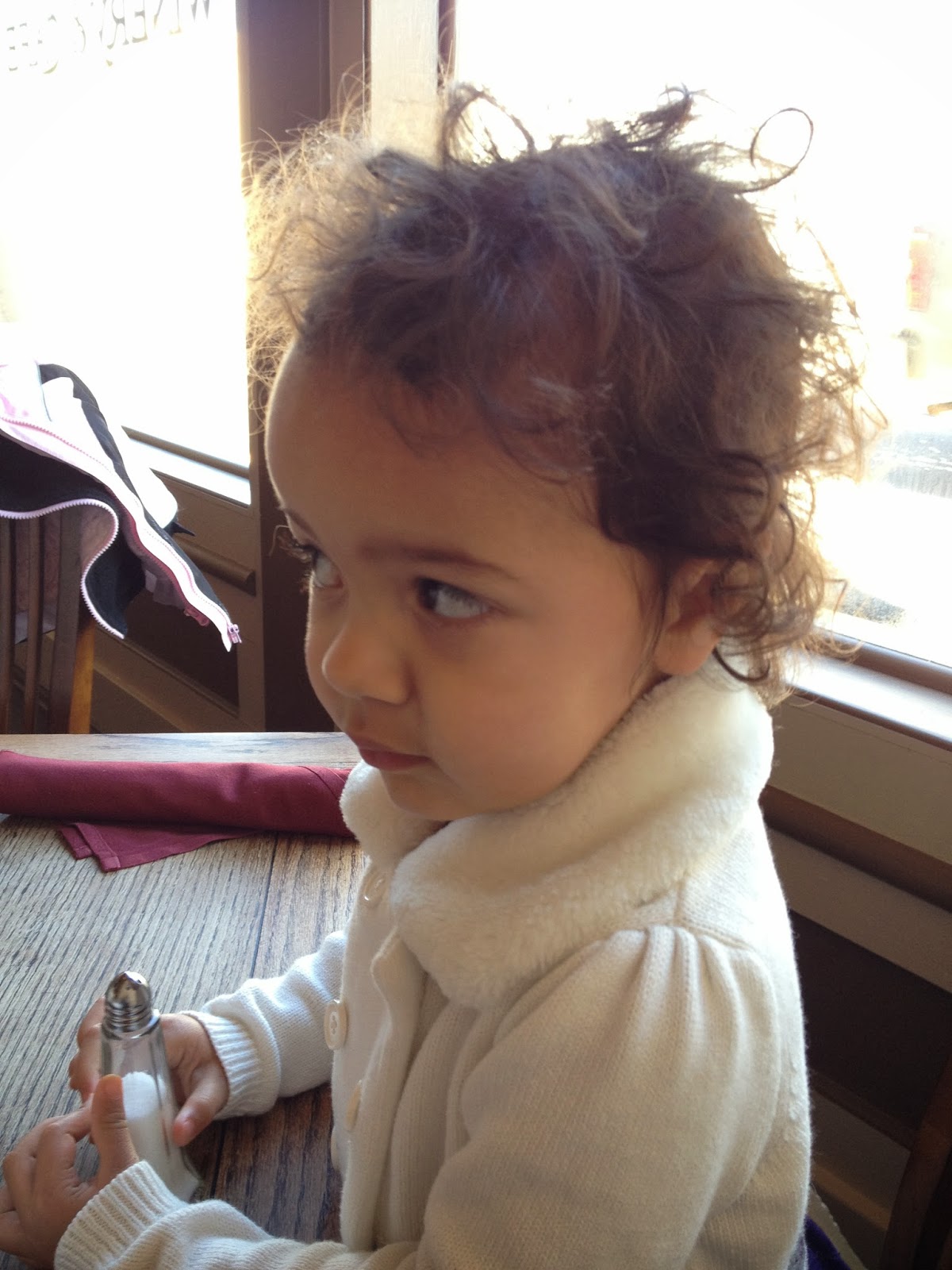 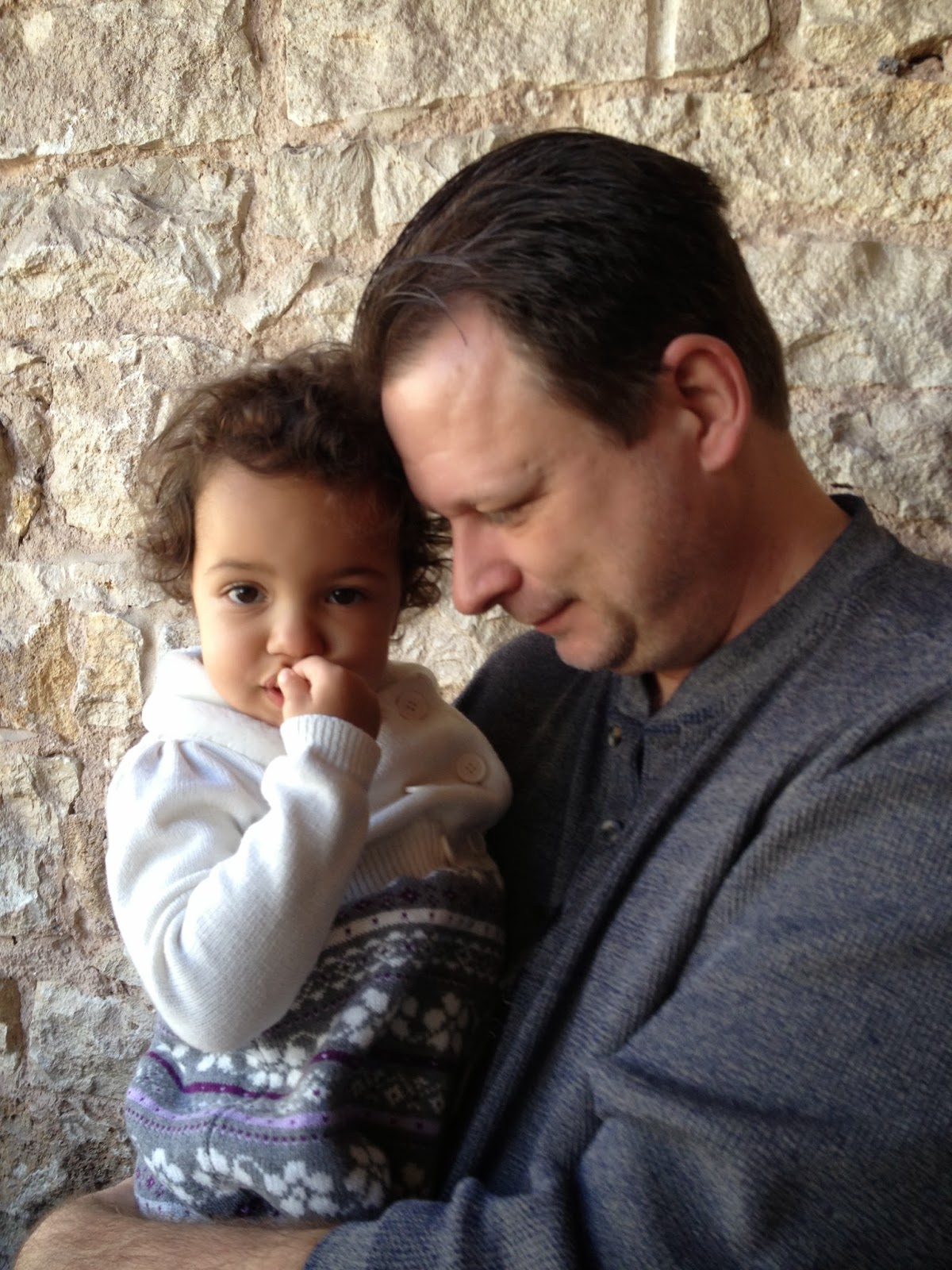 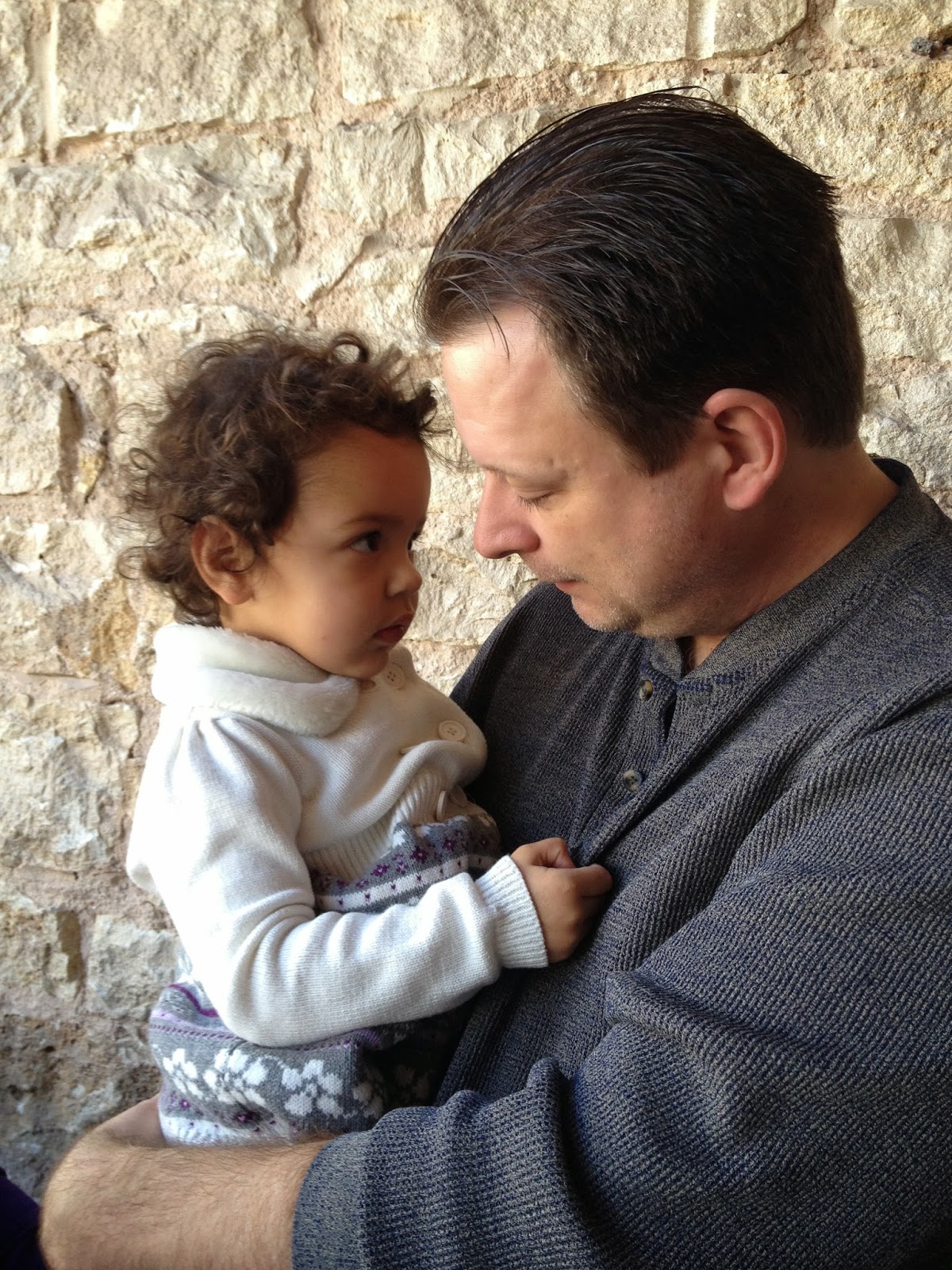 I love that little girl.

In other news, customer service continues to be a dying and almost lost art. I went into two locally owned stores over the weekend to have a peek and was completely turned off by the lack of customer service.

The first experience was a stop into a western store to look for a new pair of boots. I despise most country music with a passion reserved only for child molesters and inconsiderate drivers; however, I have come to terms with the fact that a good pair of cowboy boots are about the most comfortable footwear on the planet for a man. I had a problem with plantar fasciitis about 18 months ago. Nothing helped until I bought a pair of boots. Problem solved. I even go through airline security in those having learned the fine art of pulling those things off without a boot jack.

Anyway, I was looking for a pair of brown boots to give my black ones a break. I walked into the store which was not terribly busy and appeared to be staffed by three or four younger people (late teens to early twenties). The employees were congregated around the cash register and appeared to be engrossed in something on the computer or the desk (I never got close enough to investigate). I aimed for the men's boots and started looking for my size. Finally, after a few minutes of looking clueless, a young man separated himself from the herd and came over to ask if he could help. I explained that I was looking for 10 1/2 to 11 and inquired if they had wide widths in stock. He explained that he had very few, if any, wide sizes and promptly shambled off to rejoin the herd.

No offer of further assistance. No inquiry as to exactly what I was looking for. No suggestion of alternate options. Not even a "sorry, have you thought about putting your feet in a vice?"

The second experience was worse than the first. I was driving along and saw, out of the corner of my eye, the siren song of "GUNS, TACTICAL, ARCHERY, AMMO" painted on a store front window with a blinking, neon open sign that I had not seen previously. A hasty U-turn later, and I was promising The Queen that I would only be a second or two.

Turns out I was over estimating my time needs by a factor of double at least.

There was a few boxes of 12 gauge. Several items of camouflage gear for hunting. And not much else. I walked in and spotted a gentleman behind the counter. I was the only customer in the place. The guy behind the counter was on the phone with a distributor catalogue out on the counter in front of him to a page showing an AR-15. Not once did he acknowledge my presence. Not a "I'll be with you in a minute." Not a "Hello." Not even a grunt.

Oh, and I met GunDiva. Finally, after "knowing" each other on blog for about four years, I happened to be in her state for business a couple of weeks ago. She's a very nice person. I was disappointed that I didn't get to meet Bill, Juanita or Jay, but I did get to meet her sister. GunDiva even brought me a half dozen cookies (which were YUMMY!!!) and a gift for M&M (a copy of the children's book her husband Jay wrote and illustrated...it's way cool).