As mentioned in the last couple of posts, I made a road trip to San Antonio the other day. I brought the camera along for giggles as you never know when you might spot something photo worthy. Of course, after an hour or two...my standards started to slip. So, for your viewing pleasure, here are some Kodak moments that found their way onto the memory card. 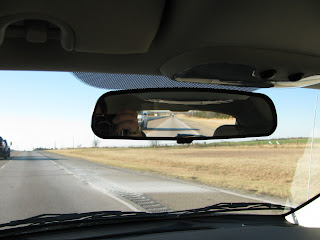 Wherever you go and wherever you've been, there you are. I thought it was kinda cool that the view of the road in the rearview mirror as well as view out the front were both in focus. 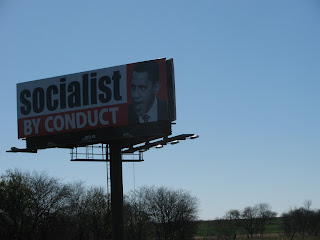 I guess, for some, either the election isn't over or they are just getting an early start on 2012. I do have to question the wisdom of purchasing the advertising space for this message in the MIDDLE OF NOWHERE. Cheaper rate, perhaps? 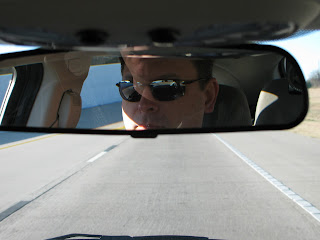 Your fearless leader and chauffeur. 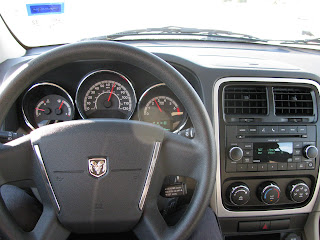 Hey, Sammy. I can't drive 55 either. Fortunately, the speed limit is 70 in this stretch of Texas interstate. 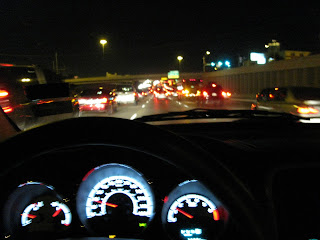 Rush hour traffic in Austin, TX. It really sucks when you have to pee. 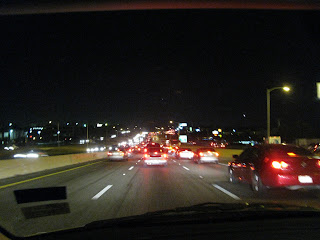 Where are all these people going? I thought we were supposed to be in a recession. 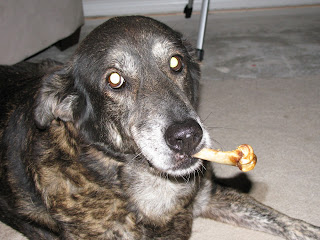 Obviously not from the road trip, but I couldn't resist posting a photo of Sasha the wonder mutt trying to smoke a turkey drumstick.
Posted by Daddy Hawk at 9:03 PM