It's been said that you generally have two choices in difficult times: you can laugh or cry. Generally, I prefer laughter. Here's a few things kicking over the giggle box the last day or so. 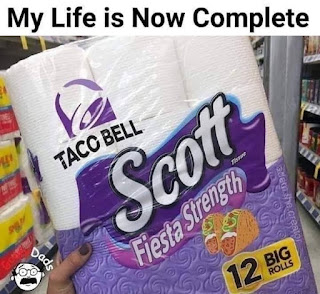 Back in high school and college, I ate a lot of Taco Bell. If ever there was a marketing partnership made for each other, it's Taco Bell and Scott. 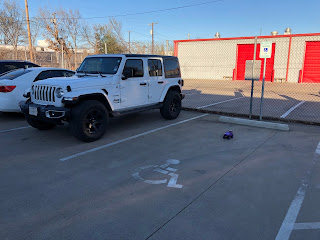 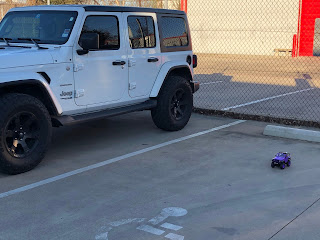 So, yesterday, after we got the "bad news" from the hospice nurse, I took The Queen and M&M for a short walk to our favorite neighborhood coffee shop for a little out of the house treat time. M&M decided to bring her little remote control Jeep with us. When we arrived at the coffee shop, the opportunity to park it next to it's full sized counterpart was too much to pass up. 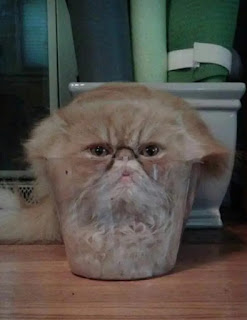 Found on FaceBook in one of  the Monster Hunter International groups. The look on that Bucket o' Floof is just too funny. 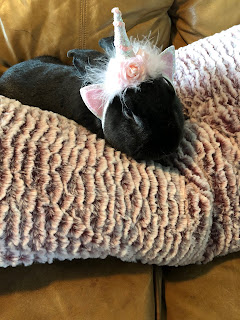 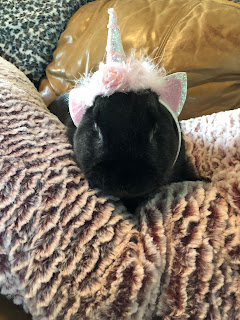 So, M&M's long suffering rabbit Taco has learned to use the cat door. This, of course, is a source of great  pleasure for M&M who loves her bunny. Apparently, today was dress up day for poor Taco. I heard shirts were involved but no photos of Taco in a T-shirt were recorded for posterity. Or so I am told. I think the unicorn headband is a nice touch, and the look on his face tells it all.
Posted by Daddy Hawk at 10:37 PM