As the perceptive ones among you may have already noticed, my challenge to myself to post something everyday this month crashed and burned in a steaming pile of fail over the weekend. I would say that it all started when I fell asleep in the new patio furniture Friday night after the judicious application of a slice of Cheesecake Factory Godiva chocolate cheesecake, but that's not entirely true.
The simple matter of fact is that I just couldn't kick start my give a flip to write anything over the weekend. So, having failed my self imposed test, it is back to my irregularly scheduled programming.
In other news, I got to see my new office today for the first time since they finished installing the furniture. Allow me to back up just a second. In my entire 20 something year career in the insurance industry, I have thus far managed to escape the dreaded office move. My first job, the owners of the company owned the building and weren't going anywhere. My second job had just finished an office move about a year before I came on board. The third company did a move about a year after I left. The last company before this one just opted to let everyone go work from home.
So, I arrive at a company that has been in the same office space for 25 years. One thing and another (you know...like increased crime, one of the male employees being propositioned by a prostitute in the parking garage, the building going through a major remodel, etc.), and it was time to move.
All things considered including the horror stories I've heard of office moves, things have been going remarkably smoothly in the run up to the move. We officially open for business in the new space on September 3, but I've had several opportunities to go up to the new space while it's been under construction. It's been fascinating to me to watch the transformation.
So, without further adieu, here's what my new digs look like: 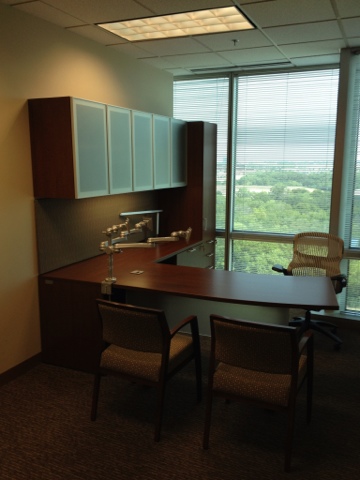 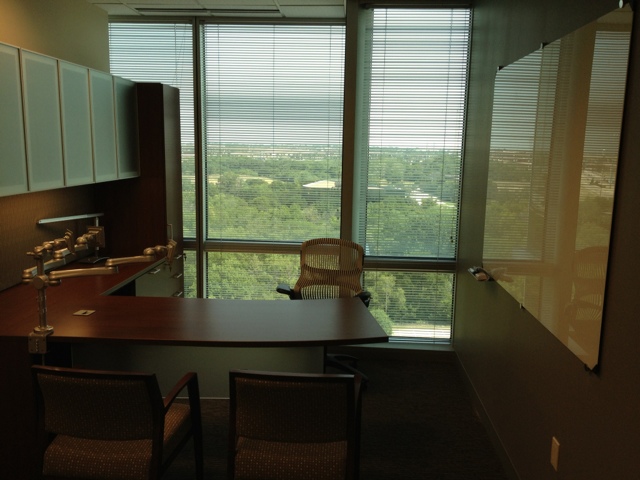 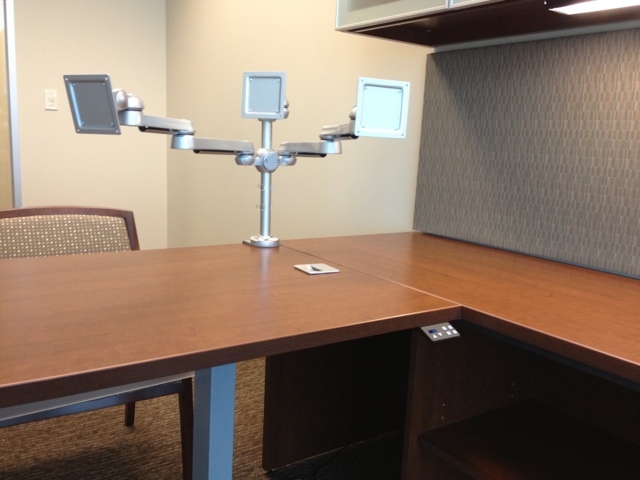 The new desk will have three monitors and electically operated sit/stand options with memory presets. 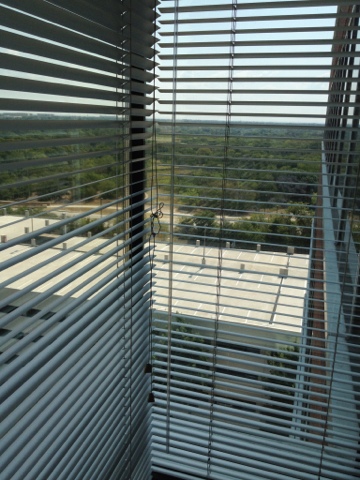 Strictly speaking, it's not a corner office, but I do have a little bit of a side view to work with looking east. My main view looks north. In fact, I can see the neighborhood I grew up in from my office window.
The new space is close to the same size as my current office, but it feels much bigger thanks to a better layout of the furniture.
There are a couple of minor downsides to the new office. 1) it's six miles further north than the current office which means another 15 minutes or so in traffic both ways depending on what day of the week it is. 2) it's very close to the reception area and the main conference room as well as being the main route for most of the company big wigs to get to the CEO's office meaning my anonymous nose picking days are over.
Overall, I'm still happy. The lunch time restaurant selection is greatly improved. We plan on selling Castle Erickson and finding something a bit closer to the new office (considering we are on the south side of the DFW metroplex with downtown in between us and the office). If the economy will allow us to sell.
Know anybody looking to buy a 2200 square foot house on one acre with a 100 square foot shop in southern DFW? Let me know.
Posted by Daddy Hawk at 8:57 PM

Email ThisBlogThis!Share to TwitterShare to FacebookShare to Pinterest
Labels: Fail, Office View, Why?